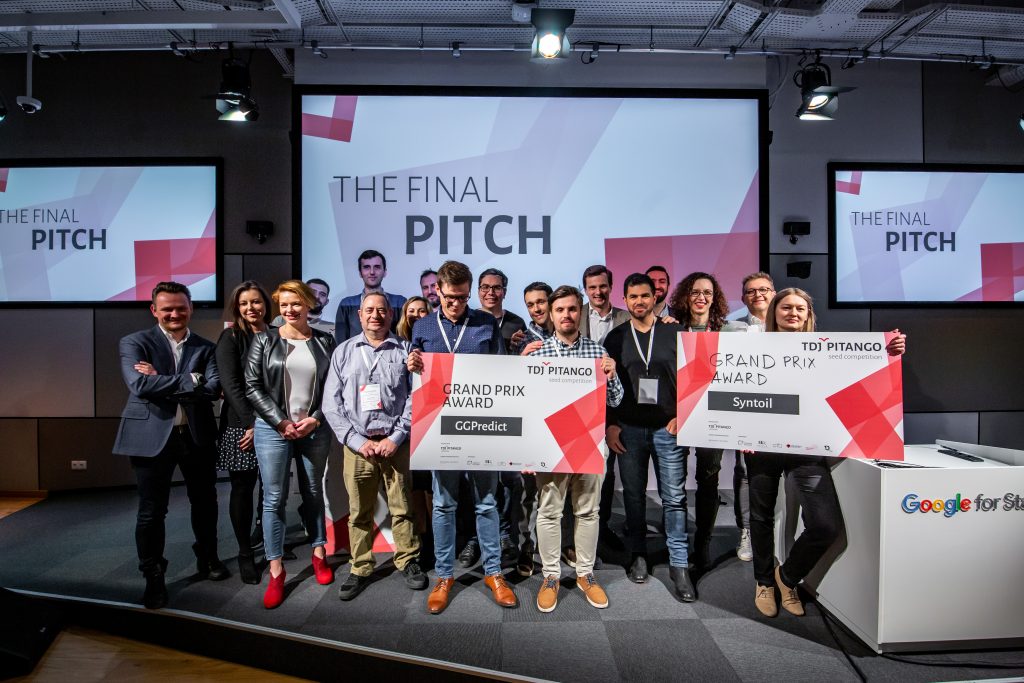 Check out the results of the TDJ Pitango Seed Competition!

The jury, which also included Eyal Niv, managing partner of Pitango, Daniel Star, managing partner of TDJ Pitango Ventures, Julia K Szopa and Michał Kramarz Head of Startups, Export & Entrepreneurship Development in Google, decided to award two main prizes. The main prize of 1 million PLN funding went to startups GGPredict, represented by Przemyslaw Siemaszko, Mateusz Kamola and Daniel Zawadzki, and Syntoil whose representative was Martyna Sztaba, its co-founder.In addition to funding in the form of 1 million PLN, the winners will also receive a tailored package of “smart money” in the form of managerial and mentoring support experts from the networking network TDJ Pitango Ventures. An important part of TDJ Pitango Seed Competition is strengthening the startup community and connecting it with the ecosystems of large corporations or technological hubs.Comixify, whose representatives at the gala were Tomasz Trzciński and Bolesław Michalski, transforming a film or a photographic relation into an attractive comic book pleasant to the eye, will also benefit from it. The company was awarded the TDJ Special Award.– As part of this award, we give Comixify our capital, energy, and knowledge in a smart money package. It is the first day of mentoring consultations with TDJ ecosystem specialists selected by the startup – explains Tomasz Domogała, the owner of TDJ.The audience award went to Aisens, a medtech startup represented by Piotr Owczarek and Adam Woźniak, who developed a sensor system and software for monitoring body movements.During The Final Pitch KeCana, represented by Phil McCauley and Geon Polska, represented by Robert Radek and Maciej Rynarzewski, presented their projects.
This site uses and sets "cookies" on your computer to help make this website better. You can learn more about these cookies and general information about how to change your cookie settings by clicking here. By continuing to use this site without changing your settings, you are agreeing to our use of cookies.
Behind the scenes -
Subscribe to newsletter!